Thanks to the President of China, I spent a day in January skiing at Les Houches near Mont Blanc. Xi Jinping was visiting my organization, and we were told to avoid coming to work if possible, as the security arrangements were extreme. Juras and Swiss Alps were forecast to have low temperatures, low visibility and strong wind, so I headed up towards Mont Blanc where it was sunny and no wind. The temperature was still low at about -10 degrees C.

Les Houches is relatively low, the highest point is around 1900 metres and so much of the skiing is among the pine trees and forests, unlike the higher pistes I normally go to. But it is on the western foothills of Mont Blanc, and Mont Blanc looms over it as seen in the photo above. The summit is not actually visible in this photo. It is behind the Dôme du Gouter, which is the snowy bulge on the skyline on the far right hand side. A little below and to the left of the Dôme is the Gouter Ridge. This was my route to the summit in 2010. I climbed the gully just visible in the middle of the sunlit side of the Gouter Ridge, then climbed the Dôme and on to the summit ridge. 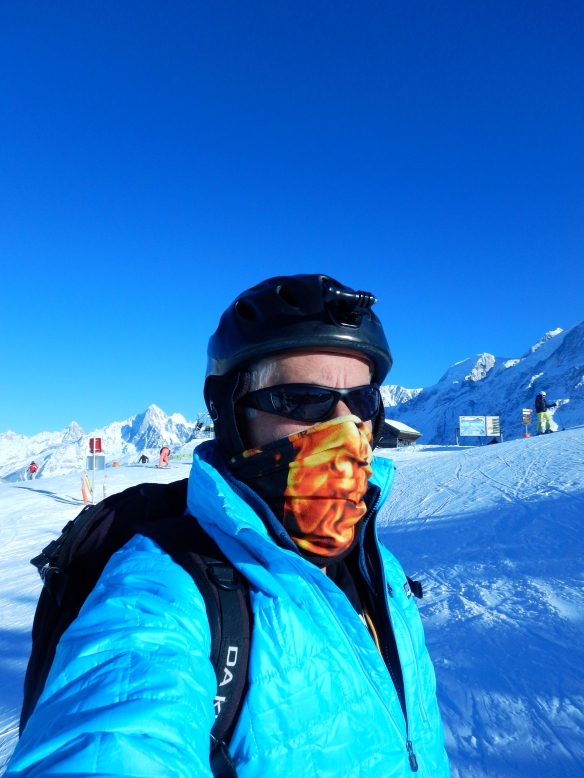 Keeping the face warm at -10C

It was cold even though the sun was out and the snow-covered pines were spectacularly beautiful in the sun.

Another view of Mont Blanc (to the left) 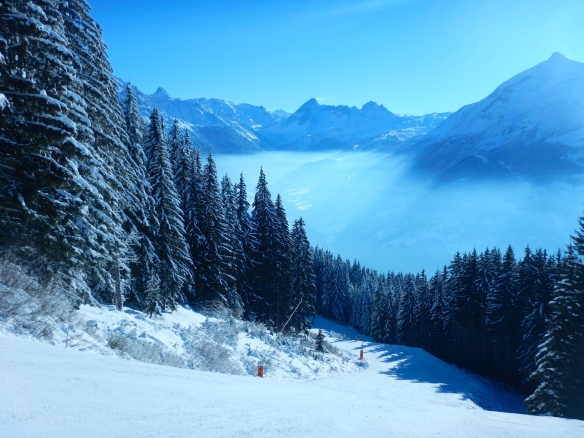 Looking north towards the Swiss Alps

1 thought on “Snow on the pines”