In an earlier post https://mountainsrivers.com/2015/10/26/ancestral-tales-a-theosophist-a-thief-and-an-indian-princess/ I wrote about my great-aunt Boodie (Florence Teasdale Smith) who was a theosophist, whose father was a bank robber and she was also descended from an Indian princess.  I mentioned in passing that her uncle was a famous Australian poet who committed suicide but did not give any details. So this post is about Barcroft Boake, an Australian bush poet, who committed suicide at the age of 26.

The following information is drawn from Hugh Capel’s website1 and the memoir written by Barcroft’s father. A G Stephens also drew on this memoir, when writing his own Memoir, included with the collection of Barcroft’s poems published by Angus and Robertson in 18972. Hugh Capel has also written a novel based on the life of Barcroft Boake3.

Barcroft Henry Thomas Boake was born in Sydney in 1866, the eldest son of Barcroft

Capel Boake and Florence Eva Clarke (who died when he was 11 – his age in the photo at right).  Young Barcroft’s childhood was spent in Sydney, and for two years in Noumea, where he spent time with a friend of the family. When living in North Sydney, which was then mainly bush, he had to ride his pony to Milson’s Point before going to school across the harbour. Later he was to be described as “a good horseman, and a first class bushman” and it was said “he looked infinitely better on a horse than off.”

Barcroft trained as a surveyor in Sydney before taking up a surveyor’s assistant position in 1886, based at Rocklands Farm, near Adaminaby in the Monaro district of New South Wales.  He spent two happy years in this district, becoming friends with the McKeahnie family, and in particular their two daughters, Jean and May.  Their brother Charlie, who features in some of Barcroft’s poems, was an excellent horseman and was said to be one of the men on whom Banjo Paterson based the Man from Snowy River. Barcroft’s poem, On the Range, tells how Charlie chased a wild brumby stallion from the headwaters of Nungar Creek in the Snowy Mountains to its death in a gorge on the upper Murrumbidgee, near Tantangara Dam.  Barcroft may have been there. While in the Monaro district Barcroft also went skiing at Kiandra.  Later he wrote what is possibly Australia’s first skiing poem, The Demon Snow Shoes. 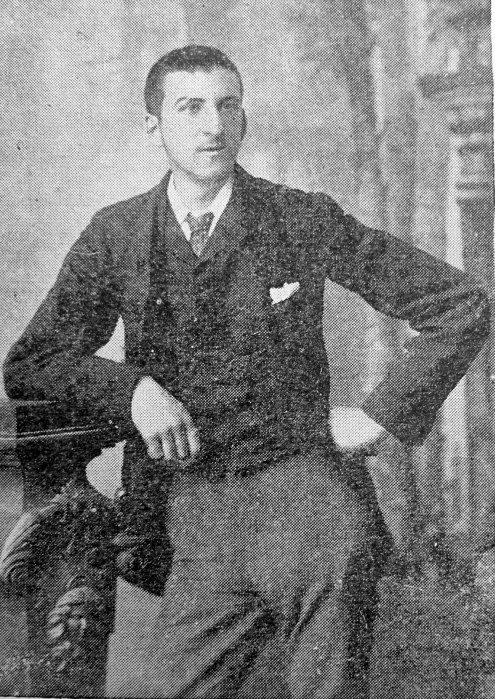 After his time at Rocklands, Barcroft headed north to seek adventure and work as a stockman and a drover.  He initially worked on a sheep station at Trangie (near Narromine) then headed north again, droving cattle on the main Queensland/Victoria stock route from the Diamantina and then working at Burrembilla Station, near Cunnamulla, in Western New South Wales.

After returning to Bathurst in 1890 and then working as a surveyor in the Riverina, he began to write poetry based on his bush experiences.  His work first appeared in the Sydney Mail in 1890, and in 1891 his first verses were published in the Bulletin.  This was the beginning of a brief but productive period in which many of his poems were published in the Bulletin, where his work appeared alongside of that of Banjo Patterson and Henry Lawson.

In December 1891, Barcroft returned to Sydney, where his grandmother was dying and his

father’s photography business had failed.  Barcroft was unable to find work because of the 1891-83 financial depression, and not long after apparently receiving news that “his best girl” was going to be married, he took his own life. Ten days after disappearing from his home in May 1892, at the age of 26, he was found hanging by the lash of his stockwhip on the shore of Sydney Harbour at Folly Point, not far from where he used to live as a child. The place is now marked with a plaque, and a tree has been replanted in the same spot as the original hanging tree.

Why did Barcroft Boake kill himself in 1892, just as he was gaining recognition as a published poet?  Was it for the love of one of Charlie McKeahnie’s sisters? The note he left when he hanged himself with his stockwhip said “Write to Miss McKeahnie”.  But it didn’t say to which one, or why. He wrote a number of poems in Jean’s scrap book.  But May is mentioned in his last published poem, An Easter Rhyme.  This appeared in the Bulletin in 1892, just before he died.

He is listed among “famous people with bipolar disorder (manic depression)” in many lists on the internet, but I have been unable to find the original source or evidence for this claim. His father’s memoir describes him as oppressed by melancholia in the last period of his life, and A.G. Stephens quotes from his employer, the surveyor W.A. Lipscombe, that “his habits were solitary, his disposition melancholy — even morose. He made few friends…”.

Another of Lipscombe’s employees wrote that Boake “was one of the most reserved (even grumpy) individuals” he had ever met, and was “brooding continuously”. I could not find any clear reference to periods of mania as well as depression in these sources. In 1888, a joke played on Barcroft nearly left him devoid of life as some friends hung him from a tree. He became obsessed with the experience and wrote two separate accounts of it. The evidence seems to suggest to me that Barcroft developed a form of severe depression after the Monaro days, and a confluence of difficulties combined with a fascination with hanging, led to his suicide.

Barcroft’s poems are unusual for their wide range of subject matter and for his sympathetic portrayal of women, who are distinctly characterised.  His talent was recognised by A G Stephens, the Red Page Editor for the Bulletin, who said “had fortune favoured, this ill-starred idealist might have easily won recognition as one of the foremost poets of Australia.” Banjo Paterson also gave Barcroft credit.  He wrote “to very few of us is it given to express their feelings in such words as came with the poetic inspiration of Barcroft Boake.”  He judged three of Barcroft’s poems – Where the Dead Men Lie, ‘Twixt the Wings of the Yard and At the ‘J. C.’ – as first class works.  Henry Lawson paid the ultimate tribute.  He included most of the text of Where the Dead Men Lie in one of his own short stories in 1897 The Australian Cinematograph. It is considered that he may have become one of Australia’s finest poets if he had not ended his life at the age of 26. 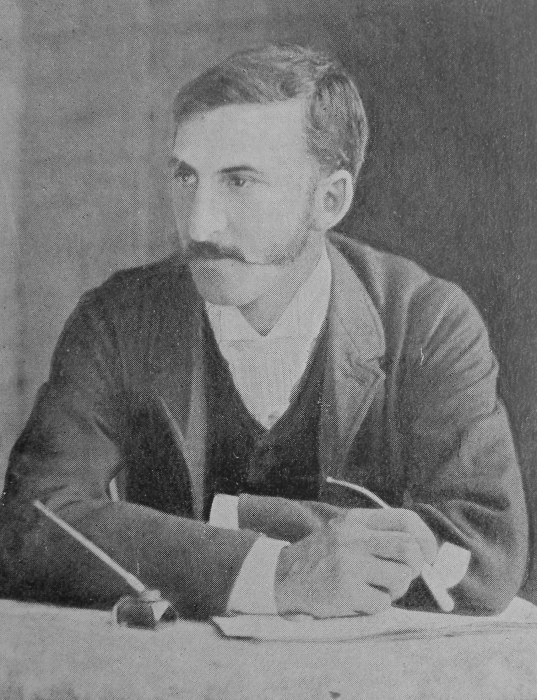