As a student at the University of Sydney in the early 1970s, I became interested in Zen Buddhism through the writings of Alan Watts and others, but the concept of actual “practice” was completely foreign to me. Then I picked up a second-hand copy of Zen Combat by Jay Gluck (Ballantine 1962) and was absolutely fascinated by its survey of 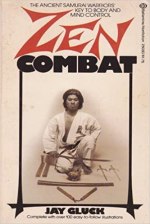 Japanese martial arts and the role of Zen in them. Bruce Lee also sparked a huge surge of Western interest in the Asian martial arts with his 1973 film Enter the Dragon.  The idea of practicing a martial art was something I could relate to, and in 1974 I enrolled in a lunch-time karate class at the University during my 4th year Physics Honors Year. I was so enthusiastic about karate that I remember being puzzled why others were not joining once they knew about the availability of classes. Over the next two or three years I trained in several karate styles including Goju Ryu, Dioshin Lyanbukan and Kei Shin Kan. 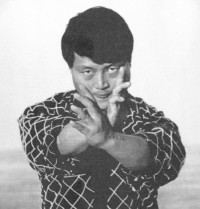 In the late 1970s, I started training regularly at the Australian Hapkido Association Headquarters in Oxford Street, Kings Cross. Hapkido is a Korean martial art that combines the kicking and striking techniques of taekwondo with the joint locking and throwing skills of Japanese jujutsu (the founder of hapkido trained in Japan in Daito Ryu jujutsu, also the forerunner of aikido).  The chief instructors at the Oxford Street dojang were Sung Do (Peter) Kim and his younger brother Sung Su (Matthew) Kim, later joined by a third brother Joseph.  Matthew and Peter were national hapkido champions in Korea before moving to Australia. I found I very much enjoyed the mix of striking, locking, breaking and throwing techniques as well as a strong emphasis on very dynamic breakfalls and rolls.

Around 1980, I followed Master Peter Kim (then 6th dan black belt) to Strathfield, where he established the International Hapkido College on Paramatta Road. I was graded to 4th kup (purple belt) on 30 April 1982 by Master Kim and was preparing for my 3rd kup brown belt grading when I moved to Canberra in early 1983. I looked around Canberra for hapkido or a similar martial art and happened to see a demonstration of jujutsu for new students at the Australian National University (ANU). I was particularly impressed by the spectacular throws and breakfalls which reminded me of hapkido. The demonstration took place outside, and one of the receivers was thrown completely off the mats and did an effective breakfall on the concrete.

I started training with the Kokusai Jujutsu Ryu (KJR) at the ANU Sports Union on 14th March 1983 under Chief Instructor John Bear (then 6th dan). A little under three years later, I was graded to 1st dan black belt on 4 December 1985. Around 1984, I also started training in karate again with John Bear sensei (3rd dan black belt). Around 1987, I was graded to 3rd kyu brown belt in Shotokan Karate and ceased karate training to focus more on my jujutsu. 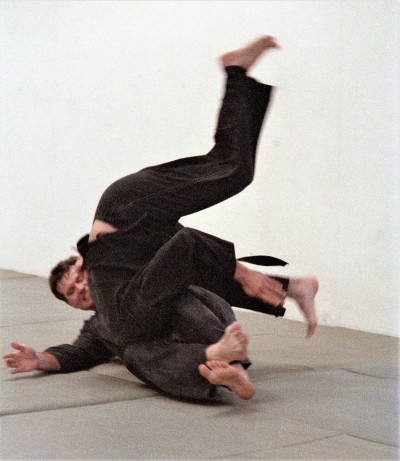 In March 1990, I graded to 2nd dan black belt in KJR Jujutsu. Over the next decade, I trained consistently and was promoted to 3rd dan in November 1991, 4th dan in December 1996 and 5th dan in December 1999. I also took up training in kobudo (advanced weapons arts), specializing in the jo (short staff), tanbo (short stick or baton), sword, knife, axe and machete. I was graded to 1st kyu brown belt in kobudo in November 1999. 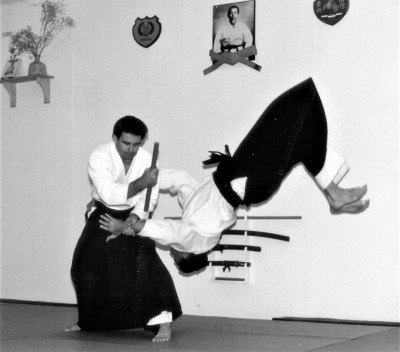 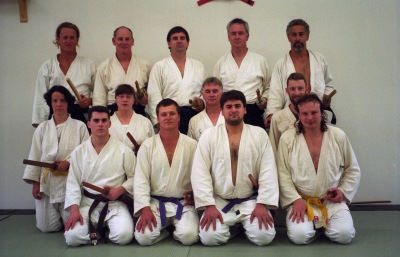 1993 Kobudo (weapons training) class at the Meidokan dojo in Queanbeyan, NSW. I am standing at far right. 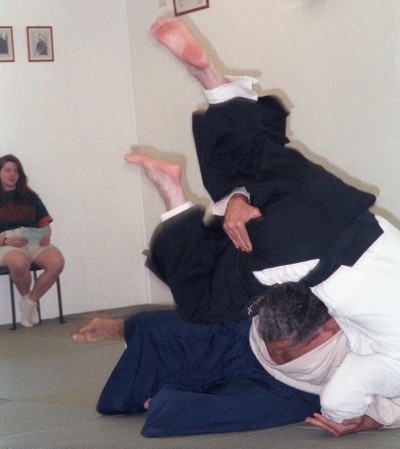 From 1991 onwards, I was also a personal student of John Bear shihan in the study of the internal aspects of jujutsu, involving meditation and the development of immovable mind during combat, aikijutsu techniques for blending and throwing, and use of internal energy flows or ki (see an earlier post here). This led me to take up Zen training from 1993 onwards (see previous posts here and here).

There were a number of other milestones and achievements during this period:

In December 2007, I was graded to 6th dan black belt in the Kokusai Jujutsu Ryu by John Bear kyoshi (9th dan) and also to kuatsu semmonka (1st dan kuatsu specialist). Kuatsu is the jujutsu arts of immobilization and the restoration of life. At black belt level, it focuses on the use of atemite (lethal blows) and shimete (strangulation) and countermeasures to these. The vital points targeted by atemite are also often the points used for subsequent revival procedures, but kuatsu techniques also include massage and manipulation to address soft tissue and joint injuries. 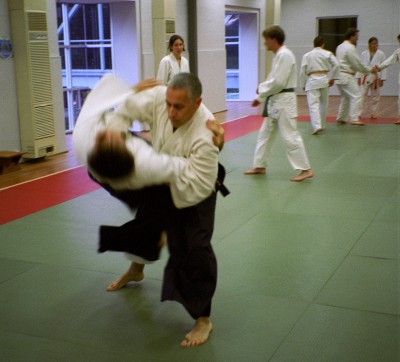 I retired from active training in the martial arts in 2008 after 34 years. Since then, I have fortunately not had occasion to seriously test my self defence skills. However, I have tested my breakfalls on several occasions, using long in-built reflexes to avoid injury. The worst of these was a cycling accident in which I went over the handlebars of the bike and hit the footpath at around 30 km/hour. Lost lots of skin and had a large haematoma but no broken bones.

Perhaps the most important thing my martial arts training has given me is the potential to rest in empty mind during an encounter, not distracted by thoughts, fears, judgements or emotions. When facing an opponent, the mind is “immovable” (to use the phrase of the 17th century Zen master Takuan Soho) and concerns about life and death drop away, allowing me to act here-now in the moment without distractions. That does mean I think I am are some sort of invincible Hollywood-style hero, there are no certainties in any encounter. Rather that concerns about life and death, fear of what might happen, fear of losing face, etc, are not present. I have found that martial arts training developed my ability to be here-now with empty mind in stressful and dynamic situations, just as sitting meditation develops that same ability on the meditation cushion.

During the 2nd wave of the covid-19 epidemic that started late last year, I decided to spend some time transferring video footage of jujutsu training from old VHS tapes that had been sitting in a cupboard since 2000.  I will post some of these along with some more about the Kokusai Jujutsu Ryu and its history in a later post, but here is one short video of me demonstrating defences against knife attacks.