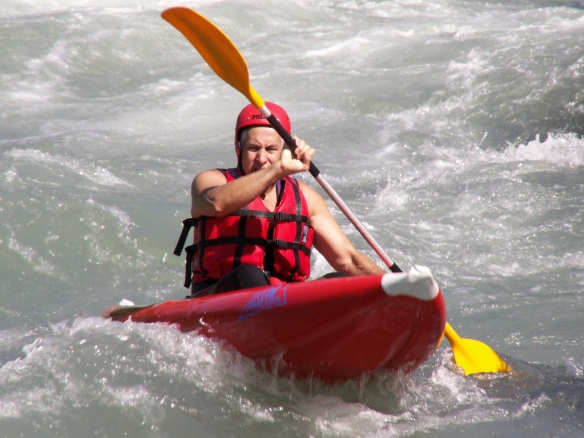 The Parc Eaux-Vives of Isle de la Serre is a whitewater playground for practicing kayak skills in rapids. It is on the Rhone River, between Geneva and Lyon. Its about an hour drive from Geneva, assuming they have not decided to renovate the tunnels for the motorway in the Juras (in which case it can be a very tedious 2.5 hour trip)!

The friend who told me about it said that the whitewater park makes use of the cooling water flowing out of the nuclear reactor. This water is warmer than the river water (though it still feels quite cold, but not glacial) and has been used to construct a river loop full of moderate rapids. You can start at the top and kayak through the rapids, then get out before the water flows into the river. Its a short 100m walk up a hill to the start of the course.

I haven’t found any information directly confirming the water is from the nearby Creys-Malville nuclear reactor, but the reactor is certainly not too far away.

The very nice feature of this course is that the water flow is absolutely constant, so the rapids are always the same, and there are standing waves that are just there all the time. So its possible to kayak it over and over, and practice on a rapid until you perfect your technique. Or learn to put the kayak nose vertically down into the rapid and stand on end stationary. 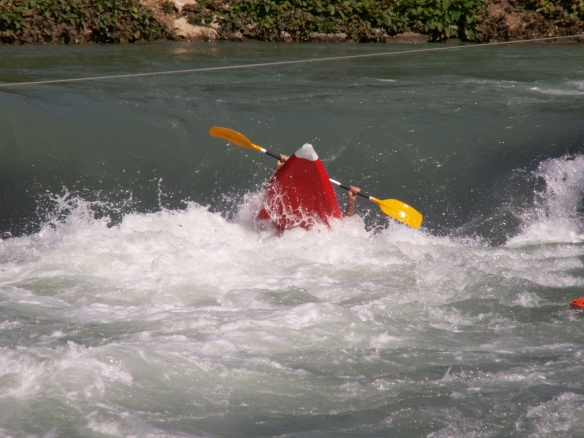