A comprehensive list of publications relating to my professional work is available at www.colinmathers.com

Colin Mathers. Shall I try Australia? A history of the Mathers family in Ireland, Scotland and Australia from the 17th to the 21st century. Lulu.com, Australia, 2010 (148 pages).

My great-grandfather, James Mathers, was born in Armagh, Ireland, in 1852 and moved to Scotland in the 1860s where he married Margaret Melrose. They migrated to Australia with their six surviving children in 1897. This book documents the history of the family in Australia, and traces the Mathers and Melrose ancestors in Ireland and Scotland back to the 1700s and earlier. The previous generation, born around the 1820s, were almost all illiterate labourers and coalminers. The subsequent history of the Mathers family encapsulates the dramatic changes in the educational, cultural and economic opportunities brought by the Industrial Revolution in Britain.

This edition of the book was available only to Mathers family members, and a second edition is planned. The second edition will include substantial additions and new information, not least because it has recently been discovered that James Mathers had an older sister, who migrated to Australia earlier, and whose existence was unknown to his descendents. 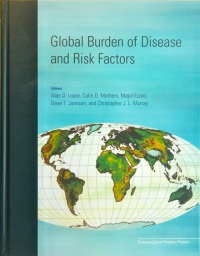 This book provides a single up-to-date source (504 pages) of the data, methods and results for the Global Burden of Disease study for the year 2001.It draws on more than 10,000 data sources to provide a comprehensive picture of global health and of trends from 1990 to 2001. It is the primary source document for the methods developed for the Global Burden of Disease updates carried out by WHO during the period 1999-2010. The accompanying article published in the Lancet in 2006 is highly cited (>5500 citations). Available at http://www.dcp2.org/pubs/GBD 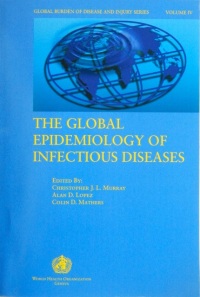 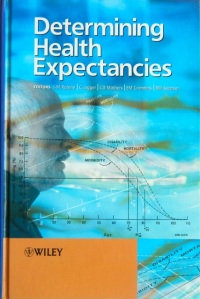 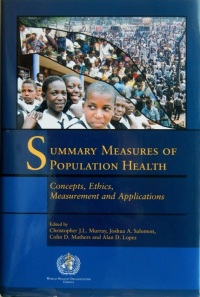 Available in printed form only from WHO at http://apps.who.int/bookorders/anglais/detart1.jsp?sesslan=1&codlan=1&codcol=15&codcch=492

This book sets out in detail the methods, data sources and key findings of the first national assessment of the major causes of disease burden, incorporating both death and non-fatal health outcomes, and also quantifying the burden of major risk factors (around 1300 citations). Available at http://www.aihw.gov.au/publication-detail/?id=6442467088

This book documents the shimete art of the Kokusai Jujutsu and was prepared and published by me as part of the requirements for grading to the yondan (4th dan) black belt level. I drew extensively on documentation and notes prepared by the Ryu’s Australian Chief Instructor, John Bear and additionally on his teaching and advice. The Kokusai Jujutsu Ryu has preserved combat jujutsu techniques from the ancient Japanese ryu, predating the rise of Kodokan judo. Of the more than 730 named techniques taught in the ryu, around one quarter contain a shimete (strangulation). These are completely documented in the book, together with a detailed examination of the three principle classes of strangles: respiratory,
sanguinous and nervous system.

Due to the nature of the techniques described in this book, it was published solely for senior students in the ryu and is not publicly available. 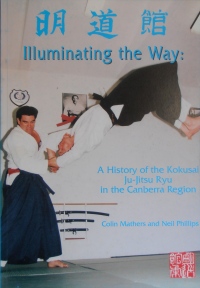 Starting with the origins of ju-jitsu in feudal Japan, this book describes how the ju-jitsu and kuatsu arts of the Kokusai Ju-Jitsu Ryu were brought from Japan to Malaysia in the 1930s by Professor Kam Hock Hoe (1903-1990) who passed them on in the 1960s to Australian students. The book includes detauls of Professor Kam’s life, as well as rare historical photos. It also describes and illustrates the dynamic techniques of this authentic ju-jitsu art, as taught in the Canberra region during the period 1970-1993. This book is now out of print.