The Pyramids of Euseigne are one of the more bizarre geological features created by the last ice age. They are in the Val d’Hérens, one of the southern side valleys off the Rhône valley of Switzerland. The entire Rhone valley and its side valleys were under glaciers at the height of the last ice age around 23,000 years ago. An old university friend who is a geologist visited Switzerland at the beginning of the year and invited me to join him for an exploration of some of the landscape features created by the glaciers of the last ice age.

In the photo below, my friend is looking south towards the junction of the Val d’Hérens and Val d’Hérémence where two glaciers met and continued down towards us. The pyramids are located on the ridge separating the two valleys, We are standing on the remnants of a glacial lake delta formed by the damming of the melt waters of the joined glaciers. The glaciers retreated about 11,000 years ago when humans expanded north back into Northern Europe and Britain again.

The Pyramids are the remnants of a ground moraine created from finely ground silt and sand with embedded larger boulders. Some of the boulders protected the underlying compacted silt from erosion, forming protective caps. 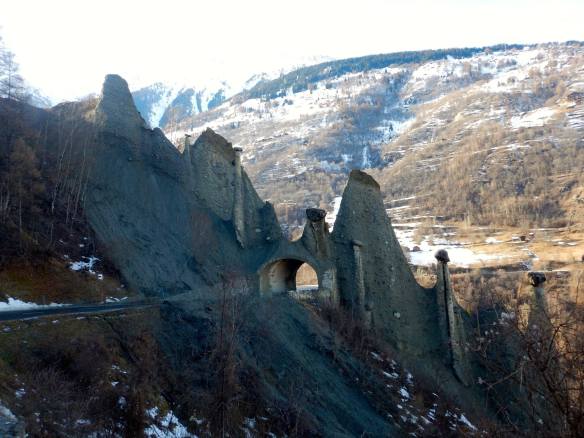 The pyramids form a line down to the river at the bottom of the valley. In the distance about 12 km away is the Rhone Valley. Turn left and it is about an hour and half drive to Geneva on the motorway. 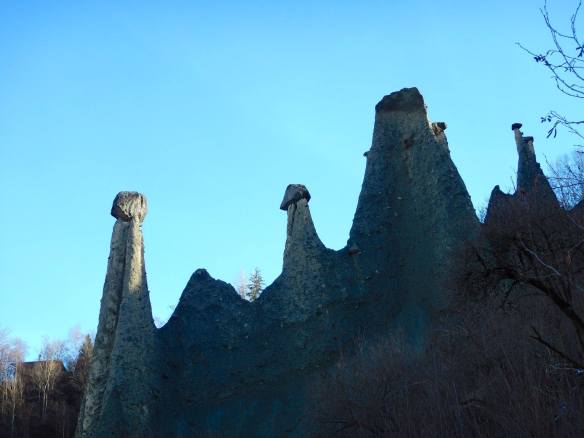 The glaciers retreated around 11,000 years ago. These capstones have been sitting there for a long time. Heavy rainfall in big storms caused a number of landslides and undercutting of some of the towers in January this year. They may not be around for much longer. 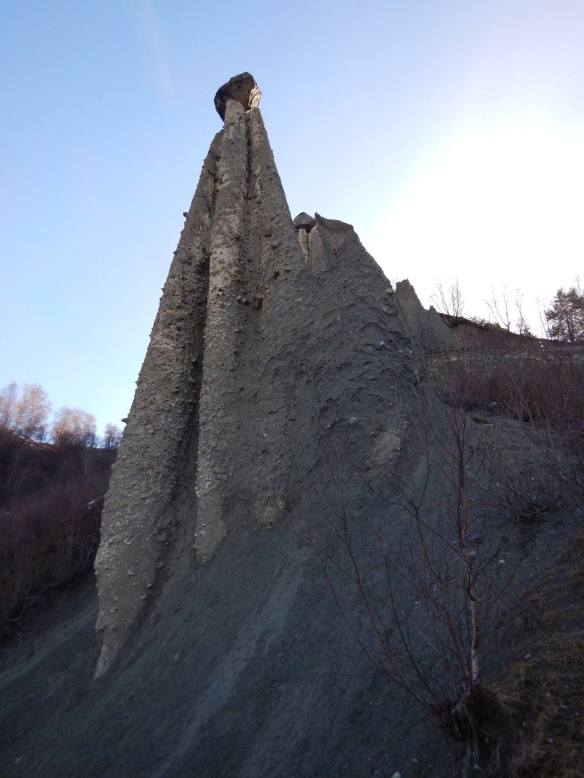 1 thought on “The Pyramids of Euseigne”