I returned to Noosa in Queensland, Australia for Christmas with my sister and mother. While there I walked from the southern end of Noosa National Park along the coastal track to Alexandria Bay where I had a swim with the jellyfish and enjoyed the relative solitude of a beautiful beach on the Pacific Ocean. 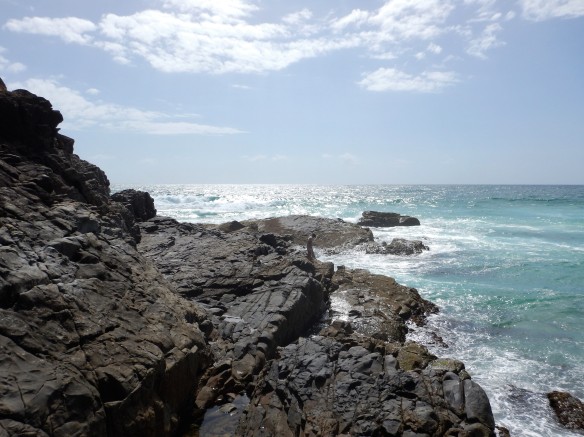 The coastal track leads from Sunshine Beach across a couple of small headlands to Alexandria Bay: 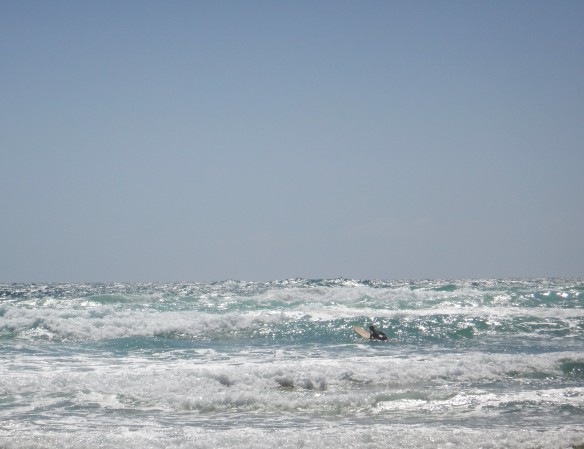 Its an unofficial nudist beach. The official one is over the next headland to the north,

There were quite a number of these large brown jellyfish washed up on the beach. I haven’t been able to identify them, and not sure if they differ from the blue blubber jellyfish in the following photo, because they have eaten brown algae.

“Brown” jellyfish (or maybe a blue blubber jellyfish that has not eaten lately?)

The blue blubber jellyfish gets its name from the blue-green algae that it eats, and that give it the blue colour.

Huge numbers of blue bottles were washing up also.

Blue bottles are common on Australian beaches and are a small cousin of the Portuguese Man-O-War. They are siphonophores and are actually a colony of several individuals known as “persons”. They have an irritating sting. I met a person on the beach who claimed to be Australian, but did not know what they were and was afraid to go in the water. I was suspicious that an Australian of middle age could exist who did not know about blue bottles. 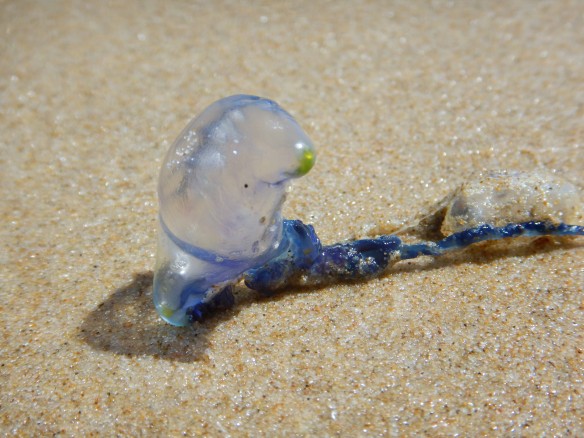 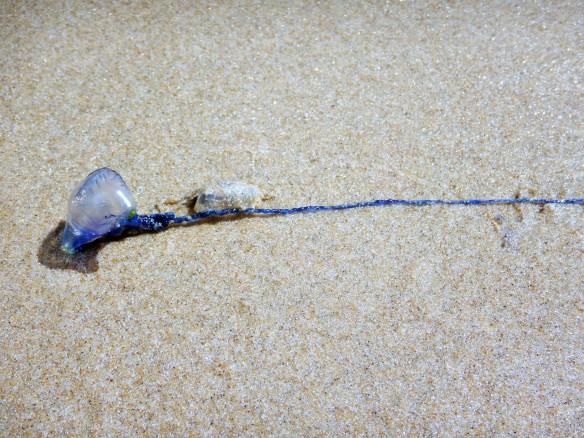 You can see them in this wave. I told the frightened “Australian” that they were not a big deal, just added a certain “zing” to your surfing experience. 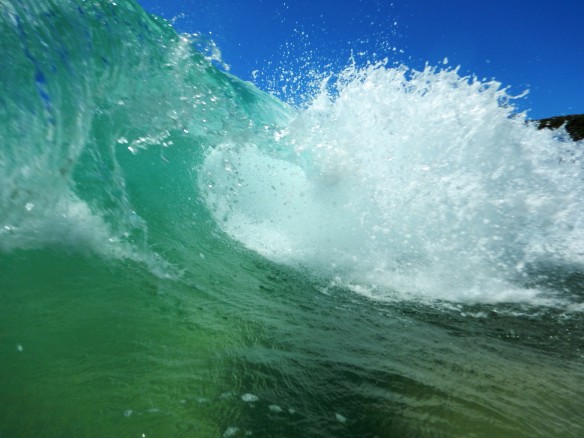 Blue bottles in the surf

This is an upside down “big brown”. It was still alive, and the circular structure pulsed when I touched it.

This may be a blue blubber. The dark spots are concentrations of the algae it has eaten.

Heading back south after a jellyful swim. 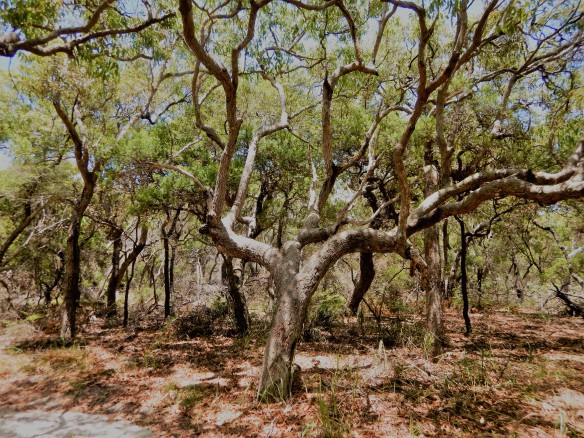 Coastal bushland along the track