Last week I took my boys to see Free Solo. In case you haven’t heard of it, it is a documentary about Alex Honnold’s attempt to become the first person to climb the 3000 foot cliff of El Capitan without any ropes or other protective equipment. One slip or missed hold and he would die. The documentary not only looks at Honnold the climber, his mindset and attitudes, his preparations and the actual climb itself, but also has two other main threads, the process of filming the feat and the moral dilemmas the filmmakers faced, and the very substantial stresses his loved ones have to deal with. 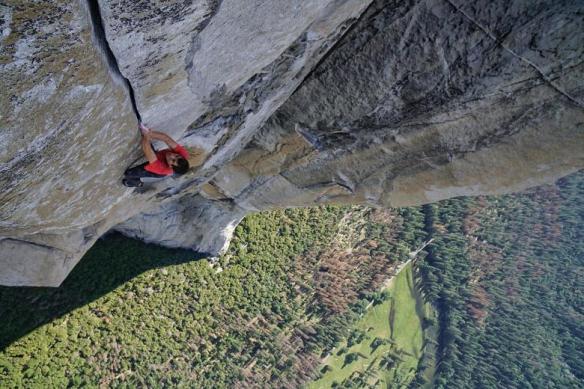 I had actually put the DVD in my shopping trolley at Amazon because it did not seem to be screening anywhere in Geneva, when a friend let me know there was a one night showing at Pathe Balexert. So I deleted my draft purchase and took the boys to see it. If you have a chance to see it, I highly recommend it. It is a gripping account of one of the greatest athletic feats of all time, but is also very thought-provoking. It won an Oscar this year for Best Documentary, and has a critics rating of 99% on Rotten Tomatoes. 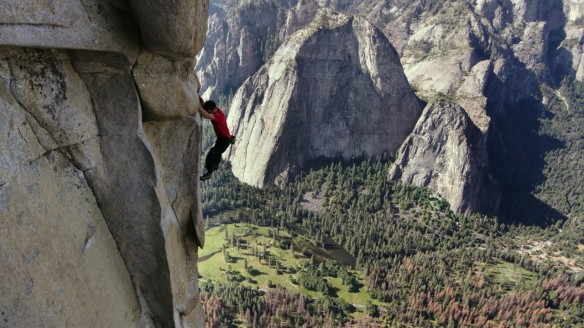 Honnold is an extraordinary and unusual human being, who has put his passion above everything else. He is shown in the film getting an MRI which shows that his amygdala (fear centres of the brain) do not light up like most peoples’ do when they see a frightening image. My older son thought he likely was on the Asperger’s spectrum like his father, and came across as a sociopath who cared nothing about other people. I disagreed, because I think what he does is get totally in the moment and totally focused on nothing else but what needs to happen here-now. Like the samurai he mentioned, or an athlete in the flow, but for extended periods like the 3 hours and 56 minutes it took him to complete the 2900 foot climb, where any distraction means death. To achieve the level of that ability to be in the moment and completely ignoring any thoughts (or fear) that come and go, is admirable but requires the sort of obsessive focus and training that he has. I’ve had a few moments like that (but measured in seconds or minutes rather than hours). The medieval Zen master Takuan refers to this state of mind as “immovable mind” meaning that his opponent cannot move Takuan’s mind by causing distracting thoughts (like “will this strike succeed”, “will I die”). It will be fascinating to see whether Honnold will (or can) move on to other phases of life, and whether his relationship with his girlfriend can survive and grow. I read one reviewer that said the big theme of the movie for her was fear, but not the fear of Alex or the camera crew, rather the fear of his girlfriend.

As for Alex Honnold, he explained why this was not an issue for him: “My friends are like, Oh, that’d be terrible, but if I kill myself in an accident, they’ll be like, Oh, that was too bad, but like life goes on, you know, like they’ll be fine. I mean, and I’ve had this problem with girls a lot, you know. They’re like, Oh, I really care about you, I’m like, No you don’t. Like if I perish, like, it doesn’t matter, like you’ll find somebody else, like, that’s not, that’s not that big a deal.” The film crew had a completely different attitude, they were living in fear he might slip, and one of the cameraman turned his back to it and refused to watch at certain crucial points in the climb. 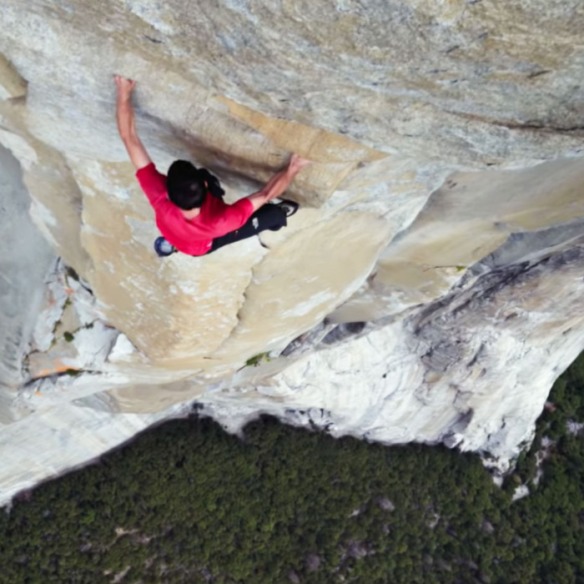 I’ve looked at a few reviews online, and there are many who are seeing it as an inspiring tribute to the pursuit of greatness at all costs, or the pursuit of a passion to the point of supreme mastery. Others who see it as questioning the actual and potential costs of risking your life in such an extreme way, not least all the others in the film, not one of whom wants to see Honnold go through with the climb. And Climbing Magazine has published an article saying that many in the climbing community wish that he wouldn’t do these climbs, and delving into the issues involved.

Finally, I can’t neglect to mention a feminist review, which apart from focusing on his girlfriend’s fears, says that the film is a “geological ode to manspreading”. I did a little free soloing years ago in Australia (but in the wading pool, nowhere near the deep end  where Alex plays). The film also brought back some recollections of these, I will post them in a later post.