The centenary of the Battle of Passchendaele was commemorated today in Belgium. This battle lasted from 31 July to 10 November 1917 and was the third and largest of the battles of Ypres. Overall, 800,000 soldiers from both sides of the conflict died at Ypres from 1914-1918. My grandfather, Will Mathers and his brother Tom served in the Australian Army Medical Corps in France during World War I and were at the Battle of Passchemdaele. They carried the wounded out of the battlefield from around 20 September 1917 until 7th October, when both were gassed. Will was hospitalized for 8 days.

Will and Tom had two cousins John and William Melrose who both died at Ypres. Their uncle Robert Melrose lost both his children in 1917. John died on 7 June 1917 at Messines, a day on which 6,700 Australians died. The battle of Messines commenced in the early hours of 7 June with the detonation of a million pounds of explosives packed into tunnels dug under German positions on the Messines Ridge. The explosion was heard in London and Dublin and killed approximately 10,000 German soldiers, the deadliest non-nuclear manmade explosion in history. Five months later, his brother William was also killed on Oct 12, 1917 in the Battle of Passchendaele. John Melrose was the first husband of my (great-) Auntie Annie, who lived until 1989 and was like a second mother to my father. She was married to John for only two weeks before he left Australia for France. 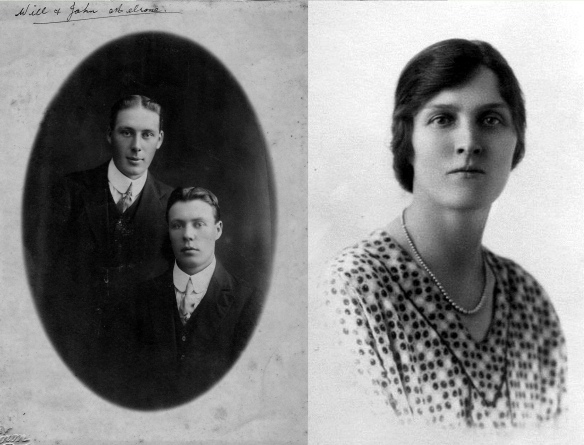